Where does this paper provide more information about?
The characteristics of European inventors, the sources of their knowledge, the importance of formal and informal collaborations, the motivations to invent and the actual use and economic value of the patents
27/03/2016 by Nadine
What is scenario 4?
In this quadrant, there is no effective mechanism for charging individual end-users due to ready availability of media files over the Internet, and media companies need to change their business model quickly and dramatically because government subsidies of the type discussed in Scenario #2 are not available. It is critical for the industry to maintain its core competencies in discovering and promoting artists; arranging for the necessary repertoire of musicians, writers, and actors; and providing high-quality production facilities.

The authors suggest that such firms enter into alliances with management consulting firms and collaborate with technology companies that have a thorough understanding of the digital marketplace to identify their future business models and organize towards capturing new business opportunities arising from emerging technologies. Only those that can successfully do this will likely survive.
27/03/2016 by Nadine
What is scenario 3?
Under this scenario, the industry retains its ability to charge non-commercial end-users (as in Scenario #1), but its current business model must change dramatically to cater to new public tastes in accessing and using media products. The new business model must permit customers to locate, sample, and share music online and play it at any time on any device, and it must also provide fans with the ability to access information on artists and musical compositions and share their preferences and opinions with peers.

Under this scenario, the music industry would continue to invest in better DRM technologies to prevent illegal copying and distribution and water- marking to identify sources of illegal copies as well as its efforts to reform copyright law and strengthen enforcement.
27/03/2016 by Nadine
What is scenario 2?
Here, copyright protection for non-commercial purposes is effectively lost due to availability of free music and video files over the Internet, and they become “public goods”—i.e., while artists and media companies expend resources in producing music and motion pictures, there is no market mechanism to obtain fair payment from individual customers given their ability to copy and distribute digital files worldwide, virtually without cost. In this situation, payment to content providers must come from general government revenues and/or levies on users and beneficiaries. This strategy would decriminalize file-sharing activity while providing a mechanism for paying content producers and owners in a manner that causes minimal disruption in the media industry.
27/03/2016 by Nadine
What is senario 1?
This is the base scenario, where the media industry is successful in protecting its intellectual capital, which enables it to essentially maintain its current business model. We do not necessarily assume that Internet piracy is fully controlled. Rather, we posit that the industry is able to retain its high-value customers through a combination of activities designed to increase the cost of illegal file sharing, such as tightening legislation and enforcement as well as incorporating technology into digital files that degrades copies and makes duplication harder. In this scenario, the media industry will continue its efforts towards reforming and enforcing copyright laws, invest in DRM and watermarking technologies, educate the public on copyright law and build support for anti-piracy measures, develop portals that facilitate free sampling and online distribution, and tap new revenue streams that become viable with lower distribution costs, all while maintaining control of both production and distribution of artistic content.
27/03/2016 by Nadine
What is the conclusion of the authors?
The media industry should continue current legal strategies against unauthorized file sharing. Besides that, the industry should discover new ways of monetizing its products to create values.
27/03/2016 by Nadine
What is on the horizontal/vertical axis?
Horizontal: Public Policy
Vertical: Technological Change
27/03/2016 by Nadine
What about business models?
Need to consider new business models to benefit from emerging technology and cater to changing customer tastes
27/03/2016 by Nadine
What about education?
Majority of people do not view file-sharing as criminal due to two reasons 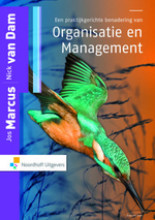