This is the summary of the book "Capita Selecta in Clinical Psychology". The author(s) of the book is/are I Wessel and M aan het Rot. This summary is written by students who study efficient with the Study Tool of Study Smart With Chris.

Dependence
and drug duties over a long period or time lead to of the patient's functions such that he will become used to, and even rely on, the presence of such chemicals in his body. In some cases, medications or street drugs replace chemicalthat the body naturally produces on its own. A classic for this is the extended consumption of heroin, morphine, or leads to of production of , which is a natural pain killer. When this happens, is at its worst because an attempt at the drug produces highly withdrawal symptoms.
16/01/2020 by Elaine
Withdrawal
Stopping or or drugs often leads to unpleasant symptoms because the body has adjusted to the medication; when this chemical is no longer in the system, the body will have to. It is therefore common practice to gradually fade out medication to effects.
16/01/2020 by Elaine
Tolerance
This term the fact that with many patients will need higher doses to attain the same effect if the is tasks over an extended period or time.
16/01/2020 by Elaine
Adverse effects
While side effects are often and may be , they tend to be and often harmless. However, with some drugs the effects can become truly dangerous and lead to such dangerous conditions as liver failure, , or damage to an unborn baby if the medication is taken by a pregnant woman.
16/01/2020 by Elaine
Side effects
Because prescription and drugs have effects, they may also produce uncomfortable and symptoms that are not intended but are often . Tothings, not every drug produces the same side effects in every patient. Relatively frequent and side effects should be mentioned to patients early on so they are not scared when side effects do occur.
16/01/2020 by Elaine
Meaning making
Refers to an active process of reappraisal and revision of how an event might be interpreted of what it might signify
Sense-making
Benefit-finding
20/02/2014 by Alie
Positive changes reported in posttraumatic growth literature
Changes in perception
Changes in relationships
Changes in life priorities
20/02/2014 by Alie
Basic assumptions that are challenged by trauma
20/02/2014 by Alie
Socioemotional selectivity theory
As people realize they have fewer years remaining in their lives, they begin to shift their attention away froma ctivities and goals related to the future and come to focus more on the present.
20/02/2014 by Alie
Protective factors within the community
20/02/2014 by Alie 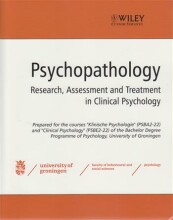 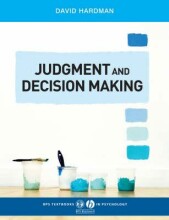