Also patients can or should be informed of their right to revoke consent without penalty or prejudice.
28/04/2015 by Alie
Modifications in the APA ethics code and current standards for informed consent
he revised code specifies the need for informed consent for ´´assessment, evaluations, or diagnostic services,´´ albeit with several notable exceptions in which patient assent represents the appropiate standard of care,  addressing these issues in three sections (a) section 3.10 in Human relations, Section 4.2 discussing the Limits of Confidentiality, and Section 9.03 on Informed Consent in assessment.
What constitutes full disclosure in informed consent is less ambiguous than in previous versions of the APA Ethics Code.

Section 9.03 states that consent should include

28/04/2015 by Alie
Psychosis
is a constellation of symptoms including delusional beliefs and ideas and hallucinatory experiences that can manifest with or without insight. Psychosis is more common in global deterioration in patients with diffuse cerebrovascular disease where the symptoms may follow an episodic, stepwise occurrence, or in patients with degenerative white-matter disease. There is evidence of psychotic symptoms in AD-patients (34%) and in vascular dementia (54%), and are a common feature in Lewy Bodies dementia. In LBD visual hallucinations are a primary diagnostic criterion and therefore present at the earliest stage. Among patients with epilepsy, particularly those with partial seizures arising from mesial temporal structures, schizophrenia-like psychosis has been found in 3-7% of cases.

psychotic symptoms are well covered by standard psychiatric interviews such as the SCID, SANS and BPRS. The NPI in its various forms permits a brief assessment although the MOUSEPAD offers a more thorough evalutation.
28/04/2015 by Alie
Apathy
refers to a constellation of behavioural, emotional and motivational features including reduced interest an participation in normal purposeful behaviour.
Apathy follows often after TBI (46%) and hypoxic brain damage (79%), and noted higher rates in patients with right hemisphere damage or subcortical involvement. After stroke prevalence rate of 20-25% is found. Apathy is common in all dementia syndromes, regardless of whether the primary pathology is cortical or subcortical. In frontotemporal it can be an early feature. No reports of apathy in epilepsy.
The Apathy Evaluation Scale (AES)  & SANS-AD/ Dementia apathy rating scale
28/04/2015 by Alie
GAD
is one of the most common anxiety disorders in patients with neurological conditions, frequently comorbid with depression. In TBI patients the prevalence is 9-25%. After stroke almost 30% has an GAD.
Panic is complexly associated with epilepsy. Fear is a common feature of partial seizures arising from temporal lobe damage. Some patients with primary panic disorder experience non-epileptic seizures, while in other cases a seizure disorder may present in such a way that is misdiagnosed as a psychiatric condition. Panic disorders has received relatively less attention in other conditions.
Social avoidance (social phobia or agoraphobia) is significant following TBI (7%). Agoraphobia may also occur following stroke.
Brain injury can be associated with acute stress disorder and later PTSD. Although some authors suggest that post traumatic amnesia protect against PTSD, prevalence is 19-26%. Also after stroke persistent PTSD-like symptoms are common.

HAM-A (Hamilton Anxiety Rating Scale)
28/04/2015 by Alie
Depression
Is one of the most common problems in patients with brain disorders. One month after TBI 26% has a major depression, while 42% had depression at some point in the following year. Even after mild TBI the prevalence is high of MD. MD is also found after stroke (22%), mostly in people with right-hemisphere lesions. Depression is commonly reported in Alzheimer (30%) and Parkinson disease (17%) patients. In epilepsy depressive symptoms as well as anxiety and fear may be found. The study of depression in epilepsy is further complicated by the interaction between symptoms and medication.
BDI and HADS
28/04/2015 by Alie
Self-report instrument
provide an economical means of assessing specific psychological problems, particularly for screening and to assess change.
28/04/2015 by Alie
Informant-based assessment
can provide a valuable alternative or supplement to self-report and clinician based assessment (carers rating). Most widely used is the Neuropsychiatric Inventory (NPI), semi-structured interview. A questionnaire-based version is also available (NPIQ). The MOUSEPEAD and BEHAVE-AD have been developed to assess the ‘non-cognitive’ symptoms in AD
28/04/2015 by Alie
Psychological needs of patients in low awareness states
Relatives of patients in low awareness states have been reported to experience a range of emtional reactions including shock, anxiety, guilt, denial, depression and hostility towards staff caring for the patient. Many factors may contribute to these reactions including loss of the person they care about, changes in roles and/or social circumstances and the complex medical and ethical desicions in which they may become involved. All these factors can in turn impact on their relationships with staff caring for the patient.
26/04/2015 by Alie 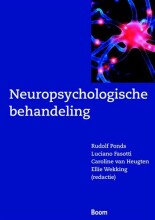