This is the summary of the book "Understanding 9/11". The author(s) of the book is/are Schanzer. This summary is written by students who study efficient with the Study Tool of Study Smart With Chris.

Who originally gave the speech that contains the words, “We will make the necessary sacrifices, direct the necessary resources, and use American might, technology, and ingenuity (vernunft) to secure our homeland. But most of all, we will rely on America's courage and faith, knowing that our country has been a source of progress for humankind for over two centuries; knowing that peace-loving people around the world will join with us to eliminate this evil that plagues us all.”?

The man on wire (Philippe Petit) on 07 Aug 1974. He walked on a wire from one tower to another. You need dreams to live. The dream was as big as the towers.

The 9/11 Comission Report (Final Report of the National Commission on terrorist attacks upon the United States) of 2004.

08/10/2013 by Ger
Why was the Tomahawk missile attack on the training camps in Afghanistan considered unsuccesful?
*The attack killed civilians;
*Ther attack was not successful in killing Bin Laden;
*It was perceived that the President used the attacks to defer attention form his personal problems (Monica Lewinsky).
20/10/2013 by Ger
What were the reasons that led to the lack of counterterrorism preparation within the Department of Justice and the Federal Bureau if Investigation?
Decentralized organization; intelligence collection and analysis.
19/10/2013 by Ger
How much was the increase of money for the counter terrorism activities from 1995 till 2000
$5,7 billion to $11,1 billion
17/10/2013 by Ger
What was the name of the National Coordinator for counter-terrorism?
Richard Clarke
17/10/2013 by Ger
In 1995 Pres Clinton initiated the Presidential Policy directive number 39. Which statement was part and which was not part of the directive?
Part: reducing vulnerabilities; responding counter-terrorism; deterring terrorism.
Not: protection against unconventional threats.
17/10/2013 by Ger 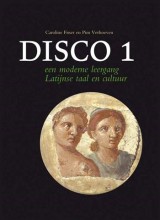