This is the summary of the book "Understanding Motivation and Emotion, 6th Edition". The author(s) of the book is/are Johnmarshall Reeve. The ISBN of the book is 9781118804704 or 1118804708. This summary is written by students who study efficient with the Study Tool of Study Smart With Chris.

Compassion
A complex emotion that can be both positive and negative; it is generally thought of as positive but can really be felt as negative (especially when paired with both suffering AND a heartwarming experience).
20/03/2021 by Meike
Empathy
Triggered by another person’s emotional state or situational circumstances and involves the observer feeling what the actor is feeling. The essence lies in feeling what the other is feeling and experiencing an “other-oriented” desire for the other to feel better.
20/03/2021 by Meike
Schadenfreude
Taking pleasure at the misfortune of others. When others suffer a setback, feeling schadenfreude will result in a smile and a little bit of pleasure from the other person's suffering. This normally arises when the person is disliked, deserving the misfortune, or is perceived to be immoral.
20/03/2021 by Meike
Hope
Arises with a wish that a desired goal might be attained; rooted in the desire for some future outcome that is personally relevant for the person (i.e. an attractive goal; “I hope I get into college”).
20/03/2021 by Meike
Regret
Different from disappointment in that the person believes he/she could have acted differently or could have made a different choice but did not. Arises with the “nonoccurrence” of a desired outcome caused by a wrong behaviour or a bad choice
20/03/2021 by Meike
Disappointment
Arises when comparing the actual outcome once received vs. an imagined better outcome that might have resulted from the same action or the same choice (e.g. “I really missed out on that Bono concert man…”)
20/03/2021 by Meike
Gratitude
A positive emotion that arises after receiving something of value (gift, help, assistance, guidance) from another person. This value needs to be voluntarily given. They can also influence indebtedness (negative feeling).
20/03/2021 by Meike
Envy
An unpleasant emotion characterized by longing, dissatisfaction, and the impression of inferiority. It is caused by the perceived ‘good fortune’ of others. Such feelings arise when an individual believes that another person has something that he or she wants but does not yet, or even will, have.
20/03/2021 by Meike
Triumph
An emotional reaction that follows victory in a competitive situation.
20/03/2021 by Meike
Hubristic pride
Involves a satisfaction with the self in general
20/03/2021 by Meike 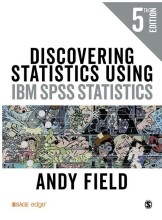 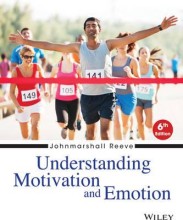 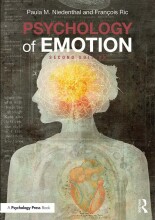