In which three situations is it essential that a bactericidal agent is chosen?
in the presence of bacteria in the blood stream (bacteremi)
infection of a site with limited access of normal immunity (endocarditis, meningitis)
patient with granulocytopenia
11/10/2017 by Amber-Sarai
What is the mechanism of action of gentamicin? Explain why gentamicin is not toxic to most host cells.
Gentamicin is a major aminoglycoside.
Aminoglycosides must be transported into cell by oxidtive metabolism.
So not active in an abces.
Aminoglycosides inhibit protein synthesis by binding to ribosomes.

Eukaryotic ribosmes are resistant to aminoglycosides, and the antimicrobials are not actively rtransported into eukaryotic cells.
So sselective toxicity. No entry into human cells.
Ineffectivity against intracellular bacteria such as Rickettsia and Chlamydia
11/10/2017 by Amber-Sarai
1. Beta-lactam antibiotics, such as penicillins, and glycopeptides, such as vancomycin, both act by inhibition of cell wall synthesis. What is the difference between the mechanism of action of these two groups?
Glycan bakckbone and the amino acid side chains of peptidoglycan.
The transpeptidase enzyme catalyzes the cross-linking of the amino acid side chains.

Penicillins and other beta-lactams bind to the transpeptidase, preventing it from carrying out its function. 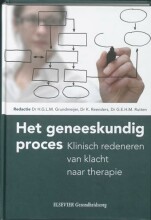