- Empathy for pain is mediated by simulating pain, not by simulating motor behaviour
- No mirror system activity
- Simulation without motor representations as a linking step
27/01/2020 by Tycho
What is remarkable about the empathy for pain research using couples in fMRI?
It's fake as fuck --> Voodoo
27/01/2020 by Tycho
What is emotion according to perspective taking & how do you measure it according to perspective taking?
Definition:
-  Imagining how I would feel/react in situation
- Imagining how other person would feel/react in that situation

Measurement: Questionaire subscales
27/01/2020 by Tycho
What is emotional empathy & what are it's measures?
Definition: Having emotional reaction to someone else's situation, although it doesn't have to be the same emotion. 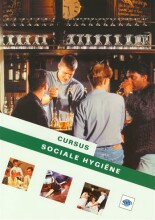