Give the different forms of economic integration and rank them in order of increasing integration.
- Free trade zone
- Customs union
- Common market
- Economic union
- Economic and Monetary union
- Political union
19/10/2013 by Mayon
Mention and shortly discuss two disadvantages of the percentage PSE as protection measure.
Use of current world market prices (pw) to calculate protection measures is rather arbitrary. For a country with small sales and purchases on the world market (small country assumption) it can be assumed that the world market price remains constant in a situation of unilateral trade liberalisation but not in case of multilateral trade liberalisation. If the small country assumption is not valid then world market prices change also in the case of unilateral trade liberalisation. The %PSE therefore is mainly important as relative measure; which country has the highest level of protection. Another assumption made is that constant quantities are supposed by calculating the %PSE. Therefore changes in quantity due to trade liberalisation are not taken into account.
19/10/2013 by Mayon
Many consumers in the Netherlands believe the introduction of the euro increased their cost of living. There are some explanations for this (perceived) higher cost of living. The first would be money illusion. The second would be that the Netherlands devaluated de facto its currency. Discuss how both explanations lead to the (perceived) higher cost of living.
Money illusion means that demand is not homogenous of degree zero in prices and income. This implies that if all prices and income are multiplied by the factor 0.4537802 (conversion rate from guilders into euro) then demand is changing. With a factor smaller than 1 consumers observe lower prices and start spending more money (demand increases). At the end of the month they run out of money and complain that everything has become more expensive. The increase in demand also leads to higher prices.
A devaluation of the currency means that exporting becomes more attractive (world market prices in domestic currency increase). However, imports increase also in price. Both the fact that there is less products available (more is exported) and the higher import prices lead to higher domestic prices. This can also result in higher wage demands increasing the cost of production leading to even higher prices.
19/10/2013 by Mayon
If this country would be large (the small country assumption does not apply) how would an appreciation and a depreciation affect the world market price expressed in dollar/kg?
With appreciation the decrease in world market price expressed in euro/kg leads to lower exports or larger imports. Both have a positive effect on the world market price expressed in dollar/kg. With depreciation the increase in world market price expressed in euro/kg leads to higher exports or smaller imports. Both have a negative effect on the world market price expressed in dollar/kg.
19/10/2013 by Mayon
Give the definition of the exchange rate.
The exchange rate is the price of one currency unit of the rest of the world expressed in the domestic currency
19/10/2013 by Mayon
What is meant by institutional factors?
Institutional factors refer to how institutions function. Institutions are market, property right structure, government policy, judicial system, etc.
19/10/2013 by Mayon
What are internal and external economies of scale?
Internal economies of scale: the costs per unit of production decrease if production increases.
External economies of scale: the costs per unit of production decrease if a firm functions within a large complex (cluster). Costs are lower if the industry is larger.
19/10/2013 by Mayon
What is a terms of trade gain?
Terms of trade gain. The removal of price support implies that export subsidies no longer have to be paid. Terms of trade refers to the change in world market price compared to the domestic price.
19/10/2013 by Mayon
What are allocation gains (or deadweight gains)?
Allocation gains. Removing the price distortions in the economy makes that
production factors are used in those places where they get the highest return (reward). The welfare gain from moving from the inefficient to the efficient allocation is called allocation gain. There are allocation gains on the demand side and production side.
19/10/2013 by Mayon
What is the ‘small country hypothesis’?
The small country assumption states that changes in demand and supply in a country do not affect the world market price. If the small
country assumption applies the world market price is given and constant.
19/10/2013 by Mayon 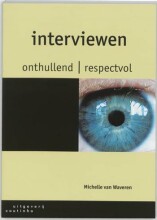 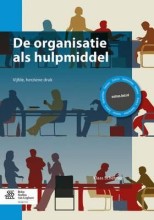 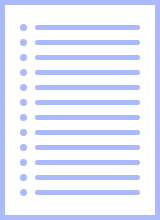