50B) Infections can cause the break down or tolerance to self-antigens by several mechanisms, which result in the onset of autoimmunity. b. Describe in detail one mechanism that is based on pathogen-specific antigen(s) (also known as “molecular mimicry”) (4p)
Pathogens may contain antigenic structures or peptides that resemble self antigen(s). When pathogen-activated T and B cells specific for those antigens cross-react with the respective self antigens an autoimmune reaction occurs. When conditions favor the further activation of these cross-reactive T or B cells, an autoimmune disease can develop.
23/10/2013 by Pas
50 c. Describe in detail one mechanism that is not based on pathogen antigen-specificity (i.e., bystander activation) (4p)
Chronic infection ! long term inflammation leads to tissue damage and enhanced MHC-class II expression on non-phagocytic cells (due to high concentrations of INF-γ) which in combination favor presentation of autoantigens.
Autoreactive T cells that have escaped from negative selection in the thymus can become activated under these conditions.
Bystander activation of autoreactive T cells ! In a strong inflammatory environment (because of an immune response to any antigen) Regulatory T cells that usually prevent activation of may become “overruled” and subsequent activation of autoreactive T cells may occur.
23/10/2013 by Pas
Question 50. Epidemiological data suggest that infections may play a role in – or increase the risk of developing (an) autoimmune disease(s). a. Give two reasons why it is difficult to prove that a specific infection is the cause of a particular autoimmune disease. (2 ptn)
- AID develop gradually and often over a long period of time. Usually, the pathogens that initiated or accelerated this process are not present anymore (eradicated by the  immune system)
- There is no 1 to 1 association between pathogens and the autoimmune diseases that they are thought to play a role in (a particular pathogen may induce different autoimmune diseases or a particular autoimmune disease may be caused by different pathogens).
23/10/2013 by Pas
49 d. Name two antigenic properties/circumstances that increase the ability of an antigen to induce immunological tolerance (2 points) and explain for each property the  mechanism by which tolerance is induced. (2 points)
1. Presence: constitutive presence during maturation of lymphocytes > clonal deletion of lymphocytes
2. Dose: high/low dose > anergy (immunological deafness)
3. Route: in particular, oral contact > suppression
4. antigen-presentation: lack of co-stimulation leads to anergy
23/10/2013 by Pas
Autoimmune diseases arise when the tolerance for self-antigens is broken. A healthy immune system is not only tolerant for self-antigens, but also for many other antigens. 49 c. Give a precise definition of “immunological tolerance”. (2 points)
Immunological tolerance is the suppression of immune response(s) agains a
specific antigen because of previous exposure to that particular antigen.
(So immunological tolerance is based on memory!)
23/10/2013 by Pas
49 b. Explain why, in theory, every individual has the ability to develop an autoimmune disease. (2 points)
In each single individual B- and T cells are being randomly generated in order to
recognize as much as possible different antigens, so many premature lymphocytes develop receptors that bind to self antigens.
When such auto reactive T cells escape negative selection in the thymus and enter the periphery they may become activated under specific circumstances. Conditions that favor the activation of T cells include release of autoantigens due to physical damage, an excess of inflammatory mediators due to chronic inflammation or infection and/or breakdown of peripheral tolerance /regulatory T cells.
23/10/2013 by Pas
Question 49. a. Explain the difference between auto-reactivity and autoimmune disease (2 points)
Autoreactivity: recognition/binding of T- or B-cell receptors to self
antigens in the absence of symptoms.
Autoimmune disease: autoreactivity that causes disturbance of physiological
processes or damage, resulting in symptoms/disease.
23/10/2013 by Pas
Question 48. Hypersensitivity reactions can be categorized into Type I, II, III and IV reactions. a. Name one drug or substance that can induce a Type II hypersensitivity. (2 points) b. What is the name of the disease that is caused by this drug/substance? (2 points) c. Explain in detail the mechanism by which drugs can trigger type II hypersensitivity reactions (6 points)
A)
Chemically reactive drugs such as penicillin, quinidine or methyldopa
B)
Causing haemolytic anaemia or thrombocytopenia, respectively
C)
Chemically reactive drugs such as penicillin, quinidine and methyldopa bind to
surface components of erythrocytes or platelets and generate novel „foreign‟ epitopes to which the immune system is not tolerant. The host mounts an IgM or IgG response to these epitopes. Complement is activated, bringing about the destruction of erythrocytes or platelets through the formation of the membrane-attack complex and/or opsonization, causing hemolytic anemia or thromobocytopenia, respectively
23/10/2013 by Pas
47. Regulatory T cells do not express a. CD25 b. AIRE c. FoxP3 d. CTLA-4
b
23/10/2013 by Pas
46. Graves‟ disease causes , whereas Hashimoto‟s disease causes . a. hypothyroidism; hyperthyroidism b. hyperthyroidism; hypothyroidism c. hypoglycemia; hyperglycemia d. hyperglycemia; hypoglycaemia
b
23/10/2013 by Pas 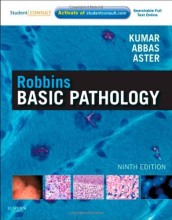 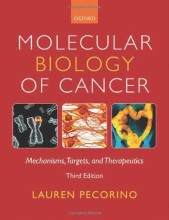 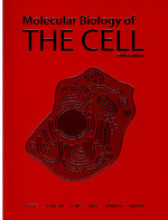 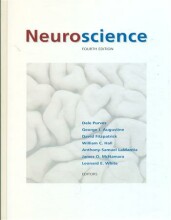 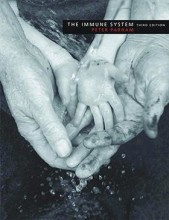